The gifts of an unborn baby 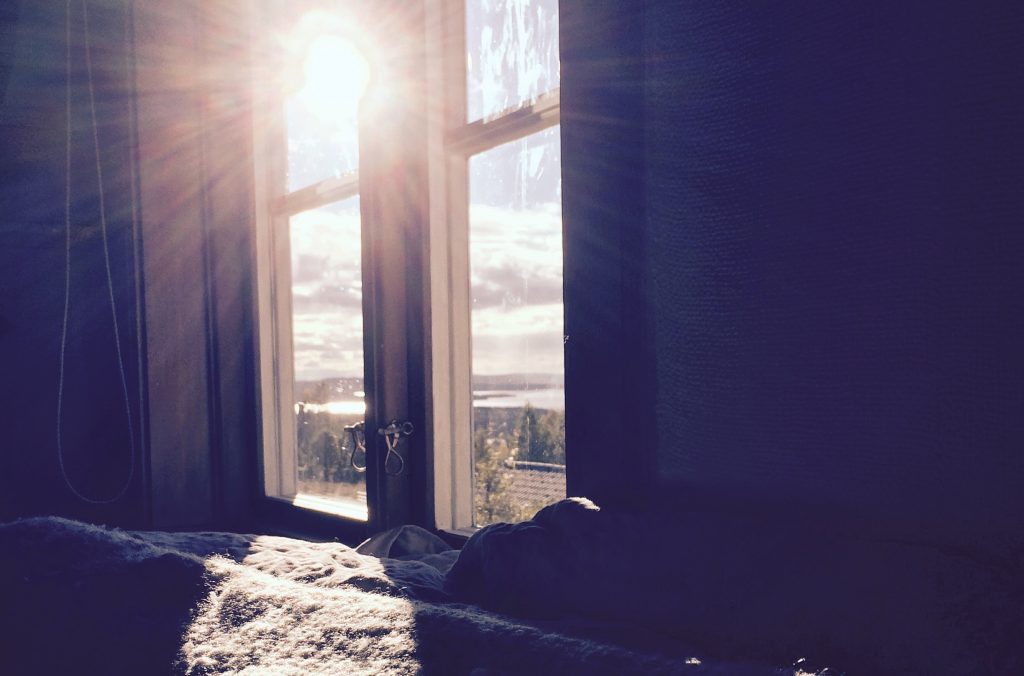 And I’m tired of saying I’m tired. But when I try to explain my situation right now those are the words I have. I’m so so tired.

This last year has unravelled me. Exhausted me, to the point of breakdown. And not because I’ve been mindlessly slogging away, not because I’m unaware of warning signs, the limits of my body, or the destructive impact of too much, too long.

I’m painfully aware of these things. I’ve been consciously trying to change my own patterns of striving and overworking for years now and so much has changed. But I still lose my way.

Early last summer I stepped aboard a beautiful new project, Write Your Self. I did it even though I had my hands full with the re-launch of The Creative Doer, even though I had barely recovered from my latest dance with exhaustion, after my youngest was born and the pain in my back got so bad, and even though I really needed to focus on some money making activities, rather than spending a year on getting a new start-up off the ground.

I stepped aboard anyway. Because the pull was so strong. Because my heart was in it. Because I wanted to explore what it would be like to work in a team of women every bit as devoted and visionary as I.

I knew it was a tight fit, and in order to justify the decision to myself and make it look doable in my planner, I did something very risky. I assumed everything would go according to plans.

I assumed my family would stay healthy, that the launch would happen when we said it would, that my body would continue to recover and gain strength, that I would sleep, that I’d have enough space to manage my other projects. I packed my schedule full hoping that nothing unexpected would happen.

Yes. Well, it didn’t quite work out like that.

What happened instead was the mould in our house, resulting in serious respiratory problems for our kids and a necessary renovation of the entire basement.

What happened was a brutally intense round of trauma therapy. A new job as a teacher, on top of already full work weeks. A pregnancy and a miscarriage. And the loss of my beloved grandfather.

I didn’t know that any of this would happen. I couldn’t have planned for it. But I should have, for some of it at least. I should have made space for life, because life happens. The unexpected happens, to such a degree that it is actually wise to expect it.

I ignored that wisdom. I ignored what I knew to be true about my life situation. Last summer, I made my plans with the strongest version of me in mind.

And it’s not just me. This kind of destructive optimism is imbedded in our culture and our psyche. The way we glorify the strong, the healthy and the productive. The way we pretend that the natural limitations of being human doesn’t have to apply to us (with the right mindset and time managment, we can do it!). The way we have normalized unnatural behaviour – working around the clock and around the year, never mind seasons, never mind the way life changes and falls apart, never mind the fragility of the human frame.

This ideal has us lying to ourselves and others, making unrealistic plans, ignoring our bodies and souls, forsaking joy, turning life itself into a chore that needs to be done.

That’s what I did this year, as I was trying to keep it all together. Because everything certainly did not go according to plans.

By January, the renovation of the basement was underway, and it cost us both in terms of money and energy. That’s why, when the offer of a temporary job as an English teacher at the local school came, it felt like a good idea to accept. To allow for some guaranteed cash at this time, when neither of my two entrepreneurial nurslings was growing fast enough to support all that was going on.

I did what I could to re-arrange things, to divide my time and dwindling energy between the projects, the job, the family. But whichever way I tried, I was feeling the strain more and more, pain levels increased in my body. I was so tired.

And then the pregnancy happened. The same week I started the new job I felt that familiar nausea settle in my body and I realized I should have had my period a week ago. I always know when it’s time, but I was so absorbed by the ceaseless doing and coping that I missed it.

After my youngest was born I knew I would not have another baby. I knew my body couldn’t cope – neither with the strains of pregnancy nor those tough first years of bringing up a baby. Not in my condition.

I hadn’t yet recovered from the last round and here I was, once again at the brink of exhaustion. Where would my body find the strength to create and nurture this new little body inside of mine? How could I knowingly risk a flare-up of the pain and inflammation I struggled with after my last pregnancy? Would it leave me with enough strength to be a mother to the two children I already have?

And yet. From the moment I saw the pregnancy test, something in me curled around that little seed in my stomach as if to protect it from all harm. My body remembered not just the pain and the despair, but the beauty. The breastfeeding, that small little body close to mine, the inexplicable, holy love.

I cried and cried. The nausea had me incapacitated. I struggled to go to work, to show up for The Creative Doer, for Write Your Self. I struggled to find an answer to the impossible questions that kept looping in my mind: How could I do this? How could I go on?

A desperate thought surfaced, suggesting that this could actually be my way out of it all. Having a baby would offer me a valid excuse to lay down my ridiculous workload and take a break.

That thought stopped me in my tracks. What had my life turned into if I considered the massive work of a pregnancy and a baby a break? Is this what had become of the work I loved so dear – something unbearable, that I needed to escape from?

In the end, an early ultrasound showed that the fetus was not alive in my uterus. They gave me the pills that would abort it and sent me home.

At some point, I think it was in the bathroom, with my forehead against the tiles, while the last of that pregnancy bled out of me, I couldn’t pray anymore. I couldn’t even cry. I just begged. Stop. This is too much. Please stop. And the reply was instant. As soft as it was unyielding. No Anna. You stop.

It was not a reproach. It was an invitation and grief and exhaustion had softened me enough to hear it.

Yes. Stop hurting yourself like this. Stop re-creating a life you need to escape from. Stop trying to shoulder things you are unable to carry.

I sat with my grandfather in the last days of his life, and in the presence of love and death things became even clearer for me. The futility and madness of living by these rules. My commitment to finding another way deepened.

Because as much as I have already committed to not striving my way through life, I still have much to learn. I still assume that if things fall apart, I can hold them together, if things don’t work out, I can MAKE them work, if we run out of time, I can find some more, I can steal some, I can tie myself into a knot and somehow make up for it all.

I still assume I’m stronger than most people. Which is hilarious, since life has done nothing the past four years but show me that I’m not, that I’m as powerful but also just as frail as the rest of us.

Maybe I don’t really know how to rest deeply. Or what joy feels like when it’s not stolen.

Maybe this is my time to find out. 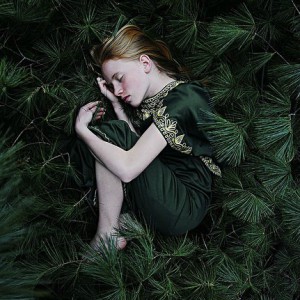 If you need permission to rest 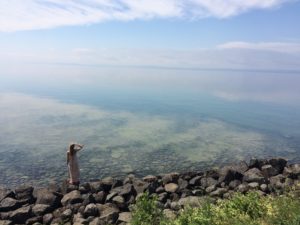 The most ridiculous thing I've ever heard 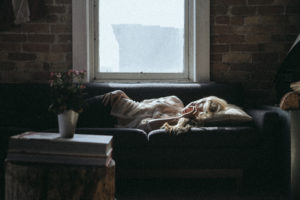 What I wish for at four in the morning